I’m a big fan of the fellow who blogs under DC Rainmaker, and have followed his blog for years. He does two weekly recaps – a “random things I did this weekend” and a “Week in Review“. I like the idea, and thought I would do something similar. (Then I go look for stock images, and the first thing that pops up is the one he uses. I’ll give him that one!)

1. I went for a good long motorcycle ride.

This week was hectic, it was filled with phone and video meetings, and it was a bit of a slog to get through. The end of the week came and I breathed a sigh of relief. I had an errand to run, sun in the sky, and a motorcycle that needed exercise. A seven minute errand turned into a 2 hour ride, and allowed me to get home and work on some advances on the blog.

2. I completed the first long form post since re-launch.

Since I relaunched the blog up earlier this month, there has been a lot more tinkering and futzing around to tweak it than there has been writing. I have now posted the first real long form article about my thoughts and ramblings on privacy and social media, along with some basic seucurity hygene. Long form is accurate, grab a coffee.

3. According to Strava, I ran a total of 5km this week.

I’m sitting here after a rainy weekend, and the clouds have parted. Maybe I will make it 10k this week on the Strava calendar. Maybe I will just walk my old dog. Then again, maybe I will do both.

Do you know where your towel is?

Monday the 25th was Towel Day, in celebration of Douglas Adams’ birthday; Adams was the mind behind The Hitchhiker’s Guide to the Galaxy, and a techie in his own right. May that hoopy frood rest in peace.

Age and gender are still used to price auto insurance!?!?!

Imagine the odds, but age and gender are still used to determine automobile insurance rates. Some find this shocking. Now insurers are grappling with how to include a third genger (or none at all).

Drones will change how insurance operates

I’ve been saying for a long time that drones should be seen as a necessary tool for adjusters to use, and that they shouldn’t be seen as a secondary way to inspect damage. A camera in the sky should be a primary tool for large area losses, large losses in general, and especially roofing claims and claims at height. Adjusters shouldn’t risk their necks!

There is a survey for insurance personnel worldwide, with an aim to get an idea on how the industry managed through

An insurer doing something to support local sustainablility

Apollo Insurance has elected to purchase all their swag locally, from a company that up-cycles chopsticks. Sign me up for an innovative idea that does good locally, does good globally, and is a seriously interesting talking point to engage someone. Uber cool.

Upcoming features planned for the blog 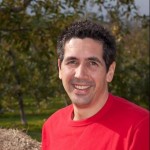